We removed the wall between the living room and kitchen to give this owner an open, brightly-lit living space. We also removed the laminate floor and stained carpet in the kitchen, living room, and hallway, replacing them with unified flooring. Before we installed the beautiful, wide-plank, variegated gray vinyl floor, we demolished a wall and doorway, removed 2 electrical outlets, leveled the floors between the 3 areas, and patched the drywall on the ceiling and walls. What an improvement! 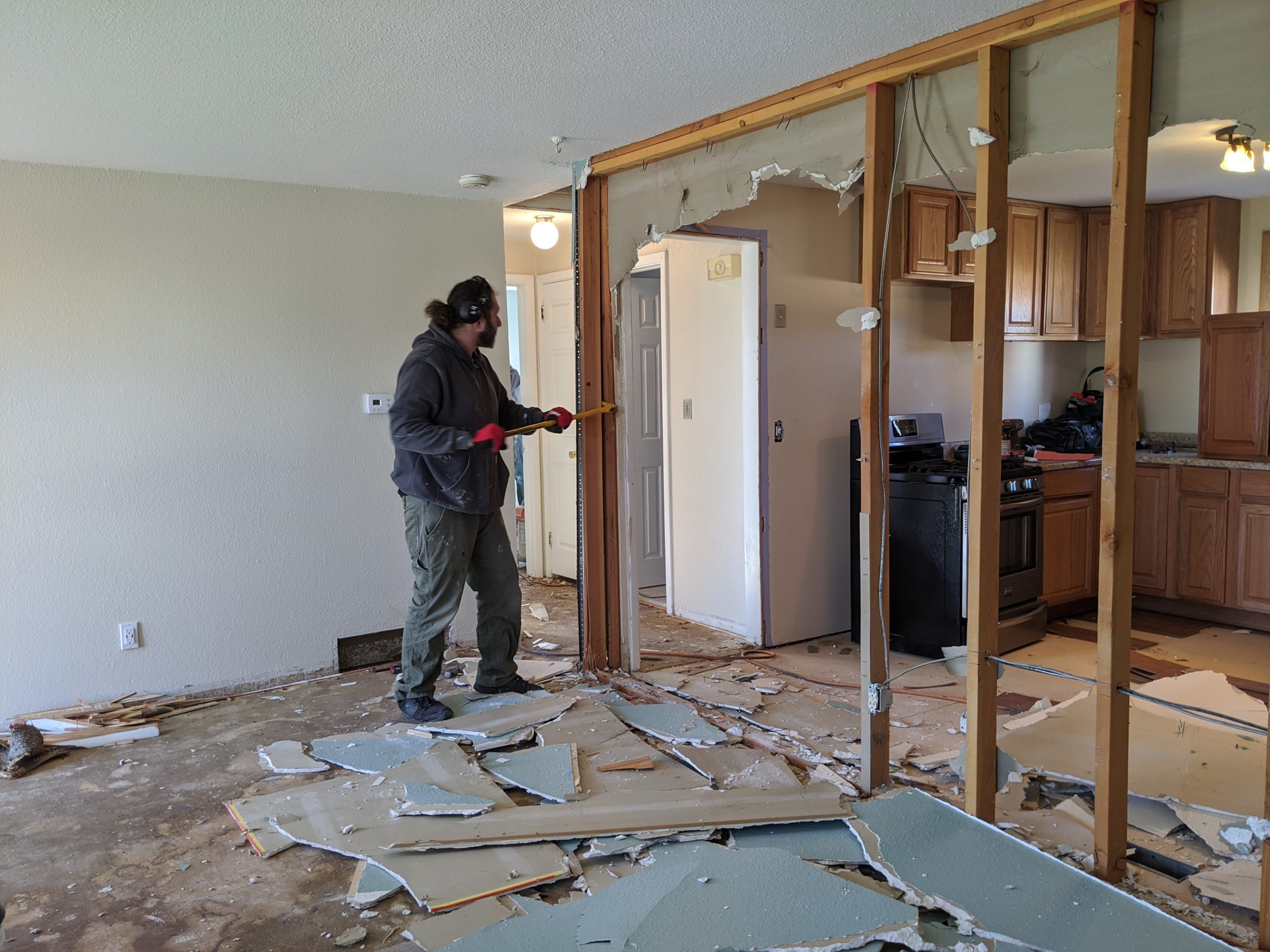 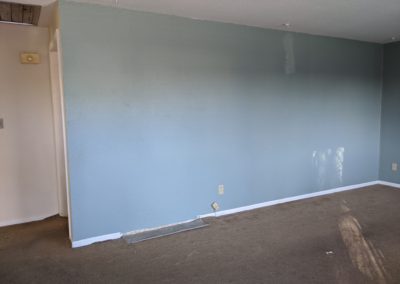 #BEFORE The owner wanted to remove most of this wall and the stained, worn carpet in the living room. 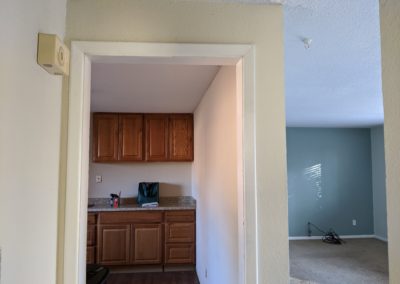 #BEFORE This wall divided the kitchen and living room. 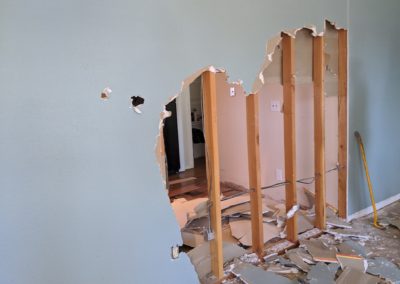 #DURING When we demolished this wall between the kitchen and living room, an electrician also safely removed the outlets (boxes on 2 leftmost exposed studs). 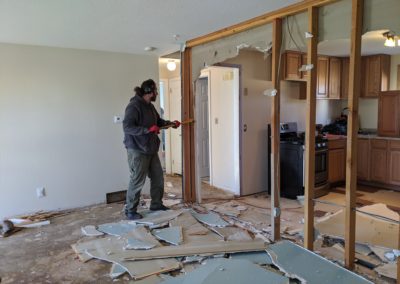 #DURING After we knocked down the drywall on both sides, we ripped out the framing studs and kitchen doorway. 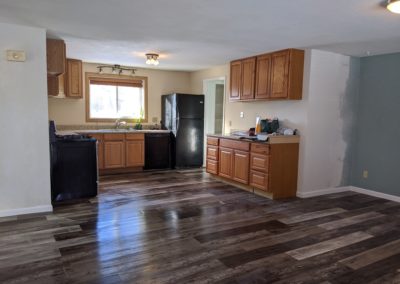 #AFTER Look at how the light and unified floors flow through the house! We repaired the drywall, so there’s no sign of the old wall. 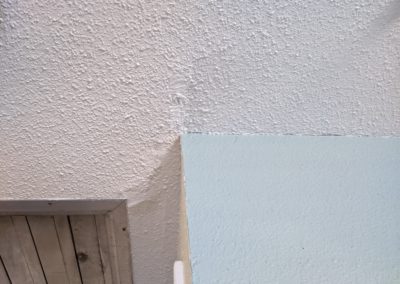 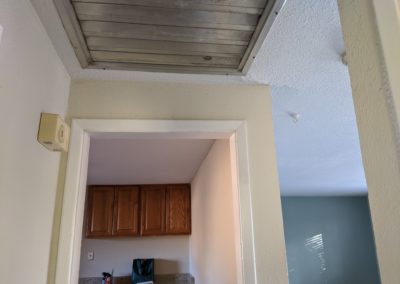 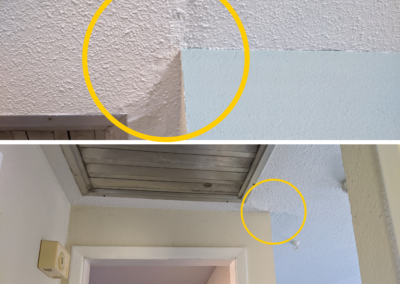 #BEFORE Here’s a close-up of the damaged ceiling drywall. 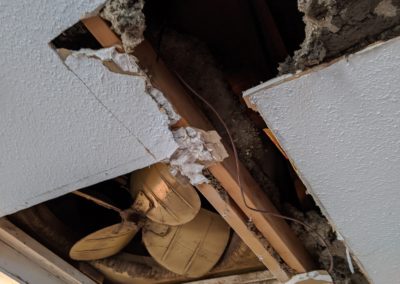 #DURING When we cut open the ceiling, we discovered that the fan wasn’t properly vented directly out of the roof. There was also dirty insulation and unsafe framing. We removed the fan and gross insulation. Repaired the framing and added new insulation. Then, we patched the drywall to match the rest of the hallway. 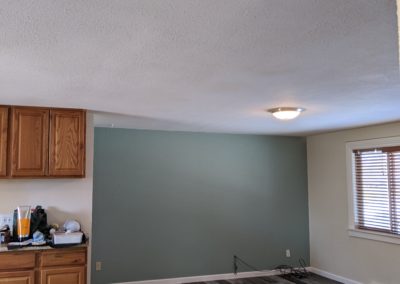 #AFTER We patched the drywall to remove any hints of the former wall or damaged ceiling. Can you tell where the wall was? 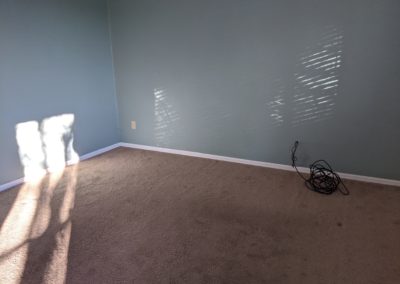 #BEFORE We removed this stained, worn carpet and most of the wall on the left. 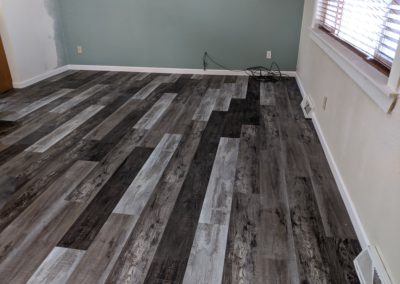 About Beams to Basements

Delivering top-notch home improvement and renovation services in West Denver and the Foothills!